As more states are legalizing marijuana for both medical and recreational use — the combination of yoga, meditation, and cannabis use is increasingly becoming a hot topic.

More and more yogis nowadays integrate marijuana use with yoga and mindfulness meditation practice. However, is this really a new trend, and what does science say about it? Also, what do meditation, yoga, and marijuana have in common?

The fact is, historically, the combination of meditation and yoga practice with cannabis use is an old tradition. So this isn’t a new hype. Researchers proved that marijuana was used for focused meditation, a common phenomenon in ancient yoga traditions.

If you’re curious if it works and if it’s beneficial for you, then keep reading! We will take a look at each—the known benefits of meditation, yoga, and marijuana. And we’ll further discuss the possible effects of combining them, as well as their commonalities. 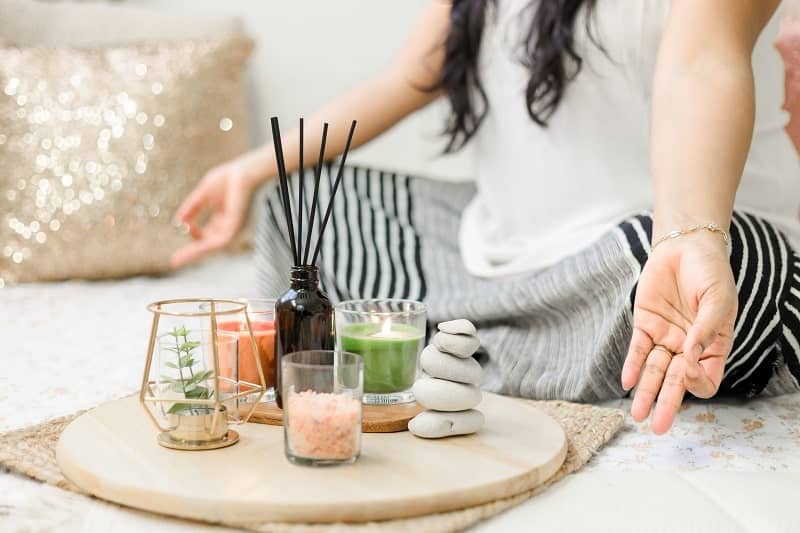 The practice of meditation incorporates a set of techniques that encourages a heightened state of awareness and more focused attention. It practices conscious awareness—specifically, paying attention—in the present moment, without judging to achieve self-understanding and wisdom. Meditation practices our brain, mind, body, and even our behavior.

The immediate effects of meditation are to increase calmness and physical relaxation. It also improves the psychological balance, overall health, and well-being of the practitioner. Science supports meditation because recent research reveals that long-term meditators show positive changes in the brain, positive effects on empathy, and improved meta-cognitive skills and health.

Although no solid explanation has been provided as to why meditation produces beneficial effects, these said benefits correlate with the decreased activity in the human brain’s default mode network (aka DMN). Other research shows that meditation helps support balance and homeostasis in our bodies. Some known benefits of meditation are: 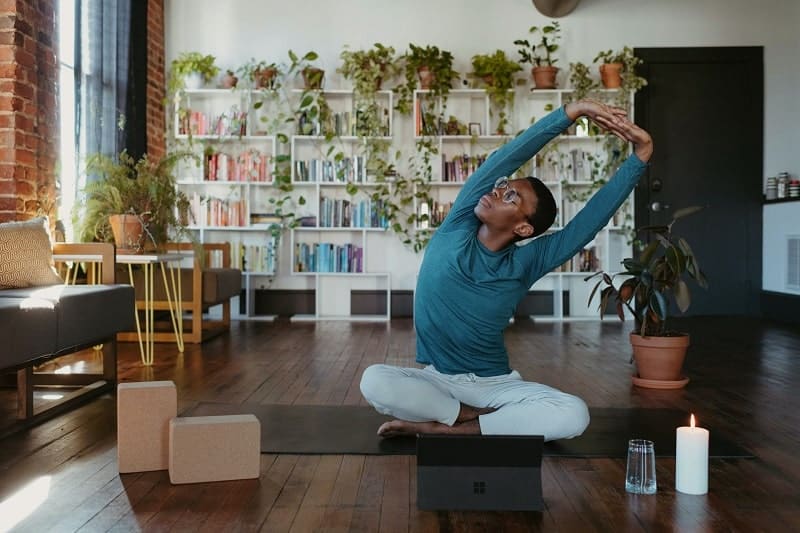 A century-old practice, yoga has gathered a huge number of followers over the years. Practitioners of yoga, also known as yogis, glide into poses to sync with their inner self while engaging their muscles and simultaneously performing breathing exercises.

Many enjoyed practicing yoga due to its myriad of positive benefits. One of the most common benefits enjoyed by yogis is that it helps in letting go of any stressful thoughts, at the same time sending the body to total relaxation. Yoga increases flexibility, tones the muscles, helps in better blood circulation, and balances the body’s metabolism and cardiovascular health, making it a very good physical workout.

Yoga is effective in de-stressing the mind and body. It assists in achieving optimum mental health, enhances social well-being, as well as promotes inner peace. The American Psychological Association even promotes yoga as a powerful tool for psychotherapy.

Today, there are various types of yoga available—all of which aim to promote physical, mental, and emotional improvement. Cannabis-infused yoga, better known as ganja yoga or high yoga, is increasingly gaining global traction. 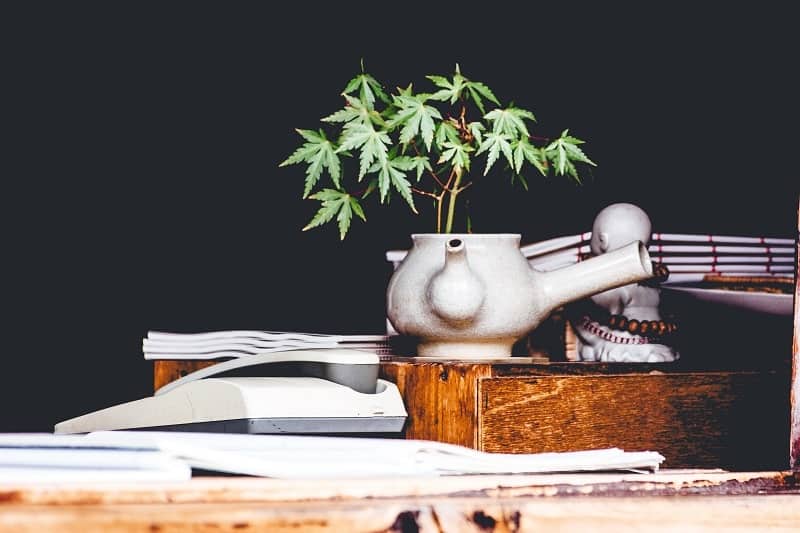 The healing properties of cannabis have been profoundly studied. Thus, it’s no wonder why people are so curious about learning ways to incorporate it into their daily lives. Marijuana was first pushed to be legalized for medicinal purposes, but now, more and more states have legalized it for both medical and recreational use. To buy cannabis products you need to visit the nearest marijuana dispensary to you.

Marijuana has been found to bring relief to people with ailments such as, among others:

Scientists discovered that cannabis has effects on the human endocannabinoid system. This is a system of receptors that are located throughout the body; from the brain, glands, connective tissues, muscles, and immune cells. The primary goal of the endocannabinoid system is homeostasis, meaning maintaining a stable internal environment.

When the body’s endocannabinoid system is out of balance, the body may be prone to suffer from many types of diseases. Scientists found that the natural cannabinoids found in marijuana—specifically THC and CBD cannabinoids—stimulate the cannabinoid receptors in the body, which then helps bring back balance to the system.

As you noticed above — there’s a pattern, some common features of meditation, yoga, and marijuana. Now, let’s take a closer look at what they have in common. 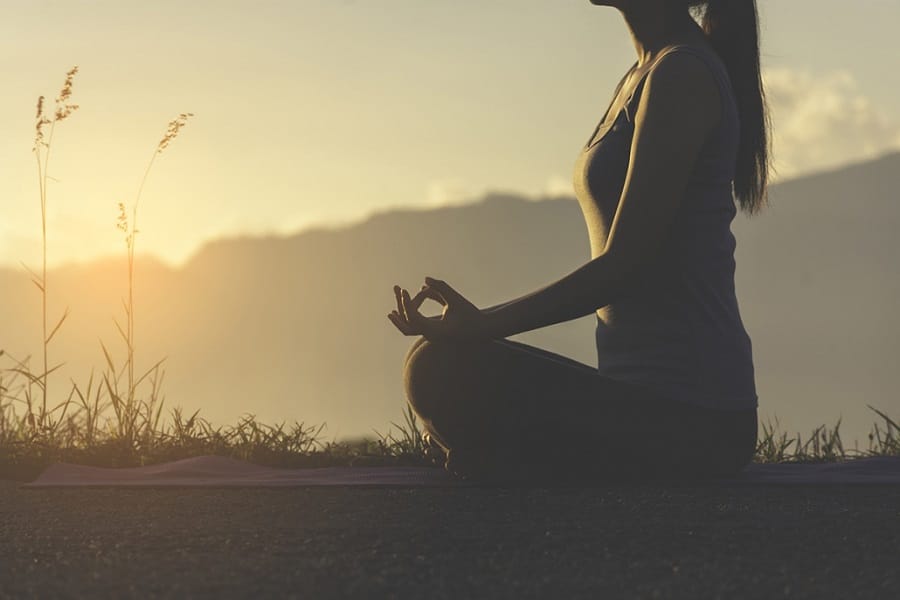 Infusing mindful meditation and yoga practice with marijuana consumption may help improve mental health. Psychotherapists and even the British Psychological Society recognizes the potential of yoga and meditation, which usually incorporates deep-breathing, as a possible solution in reducing stress, anxiety, and nervous system imbalances stemming from stress.

Combining the three can significantly reduce stress, anxiety, and depression symptoms. Yoga is a physical activity, so it reduces cortisol levels. Meditation heightens awareness and focuses on the body which helps aid with anxiety and depression. While marijuana helps you relax and be more focused on sensory experience.

Marijuana is known for its anti-inflammatory benefits. It also balances the nervous system thus preventing tumors. On the other hand, yoga and meditation increase blood circulation and nutrient supply.

The combination of meditation, yoga and cannabis is a powerful tool in relieving pain and treating diseases caused by chronic inflammation.

Mindfulness meditation, yoga, and marijuana all strengthen the immune system.

Yoga and meditation, in general, reduce stress, lower blood pressure, increase metabolism, and support the immune system. These practices help practitioners achieve better posture, relieve pain, and improve sleep. The ability of yoga and meditation to reduce stress help the immune system, because too much stress can weaken the body’s defense system.

Marijuana, on the other hand, has flavonoids and cannabinoids contents. These are anti-inflammatory phytonutrients and are effective antiviral, antimicrobial, and anti-inflammatory. Marijuana also has omega-3 fatty acids which are excellent antioxidants.